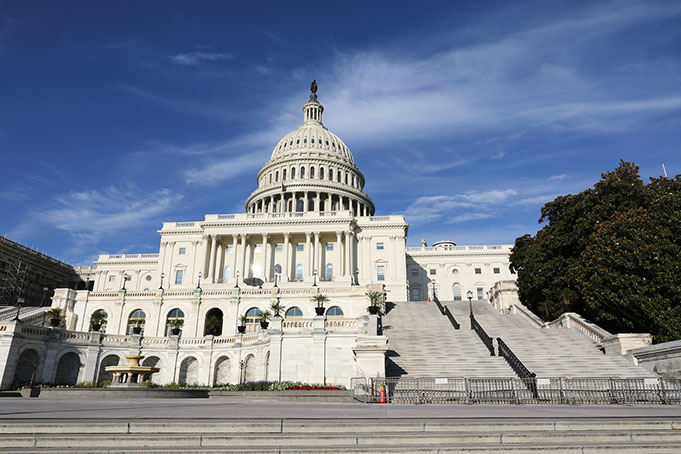 Disclaimer: The contents and opinions of this blog post do not represent the views or values of Honours Review as a publication.

In an election rampant with scandals and casual racism, the important but underappreciated issue of Saudi Arabia often took a back seat. Throughout his campaign, Donald Trump criticized Hillary Clinton for her seemingly close ties with the Kingdom of Saudi Arabia. During Clinton’s term as Secretary of State, the State Department approved a 60 billion-dollar arms sale to Saudi Arabia, a country which has been accused of endorsing terrorism and supporting the Islamic State (Greenwald, 2016). Trump also condemned the donations the Clinton Foundation received from the Gulf State sometime between 1997 and 2008 by stating “I think she should give back the $25 million she’s taken from Saudi Arabia” (Cave, 2016). However, Trump didn’t leave it at simply vilifying his opponent. Appealing to the audiences’ desires to stop supporting Saudi Arabia and achieve American energy independence, he went as far as to claim that he would no longer buy oil from Saudi Arabia if he became president. Now that he is the president-elect, Trump might discover that this would be a very dangerous course of action.

While the Allies were marching towards Berlin in 1944, the Bretton Woods System was devised by delegates from 44 countries during a 3-week meeting in New Hampshire. This system meant that the US dollar would take over the pound’s place as the global reserve currency, and it was agreed that gold would be sold for $35 per ounce. This agreement lasted 27 years, when in 1971 American gold reserves were running low and Richard Nixon disconnected the dollar from gold, making the dollar a fiat currency. This meant that its value was decided by supply and demand, not in relation to a precious metal. This became a big problem for the American economy, which had been printing vast amounts of money to fund the Korea and Vietnam wars. However, without being backed by a physical commodity, the supply/demand relationship faltered, and America was facing rampant inflation.

After this change, the role of gold in the global economy was reduced, and today, no currencies are on the gold standard. This role of currency-backing commodity has been taken over by oil. Its importance was made clear during the 1973 oil embargo, which caused a 400% increase in oil prices, from $3 to $12 per barrel, a jump which put the US on a path to recession and hastened the collapse of the Soviet Union. Oil and its price had the ability to make and break empires, and control over this resource became an integral part of American foreign and economic policy (Bronson, 2006).

American hero-cum-war criminal Henry Kissinger got the task of securing the American oil supply, and to achieve this Kissinger went to Saudi Arabia. In return for protection against Israel and Iran, a steady supply of top-notch military hardware, and most importantly, securing Saudi rule, the US would get a deal which made them the undisputed economic superpower of the world for the next forty years. The Saudi king promised that all oil sourced in the kingdom would be sold exclusively in dollars, and thanks to Saudi Arabia being the largest oil producer in OPEC, the other member countries quickly joined in. By 1975 all OPEC oil (today they supply 40% of the world’s oil and have 80% of proven reserves) was sold in dollars, and the Petrodollar had begun shaping the world as we know it. It allowed the US to print money with little regard for inflation, as American dollars were, and remain, in high demand, due to the constant global need for oil, giving the United States unprecedented economic power. This cash paid for their wars but more importantly it allowed a seemingly unstoppable growth in American power in the late 70s, 80s and 90s, where everything could be paid for using printed money and petrodollar recycling. Saudi Arabia is the cornerstone of the petrodollar-fuelled economic policy, but for how long remains to be seen.

The US-Saudi alliance was, even at the best of times, rather dysfunctional. One country is the self-proclaimed champion of freedom and human rights who spreads democracy to the corners of the world. The other country is a totalitarian theocracy whose population had been radicalised during the 70s and 80s in an effort to fight off outside influences. After 9/11, this dichotomy came to light and the American population was outraged when it was announced that 15 out of the 19 hijackers were of Saudi origin. This was further worsened by the 9/11 report, which stated that the Saudi government was a prime source of Al-Qaida funding, and has become a new issue recently due to the de-classification of 28 pages which many thought would implicate the Saudi Government in the attack.  Adding insult to injury, the US congress recently bypassed a presidential veto on what was known as the ‘Saudi Arabia Bill, meaning that American individuals can now sue foreign governments, with Saudi Arabia being the most commonly discussed target (Smith, 2016). The passing of this bill has the potential to open a can of worms due to retaliatory litigation from countries in which the US has been operating, such as Iraq, Afghanistan, Somalia and so forth.

A final development in this fumbling alliance is the American domestic oil boom. Fracking has allowed the astronomic rise of American oil production, reducing their reliance on Saudi Arabia, something the Kingdom is not happy about as it threatens a central pillar of their relationship. In return, the Kingdom has disregarded its role as global swing producer and kept its oil production high, despite a huge increase in American production. This is the root cause, if criminally simplified, of the low oil prices which we have seen this year.

“Without us, Saudi Arabia won’t exist for long”

This sentence, spoken by president-elect Donald J. Trump, illustrates his confidence in the power of the US, but also his vision of the future if he carries out his promise of rejecting Saudi oil (Knowels, 2016). While the US-Saudi relationship is strained and marred with problems, it is currently still in the two countries’ best interest to keep the Petrodollar alive (Egan, 2016): One wants undisputed economic hegemony while the other can continue to fight for regional influence and be a central player in the global energy market. However, the question on the continued support of Saudi Arabia is an important one. Saudi involvement in Yemen has created a humanitarian crisis, their involvement in the Syrian civil war supporting anti-Assad groups has caused some discussion, and their treatment of women, homosexuals and non-Muslims have been ever-present sources of criticism. While even non-Trump supporters can accept that limiting ties with Saudi Arabia is morally correct, it has the potential to seriously upset the global balance of power and threaten the collapse of several economies. In his book The Colder War, Marin Katusa writes that a collapse of the Petrodollar would make the 2008 recession seem like a tiny bump in the road (Katusa, 2015).

Trump might want to make American great again, either by building a wall, demanding more money from Japan or have twitter-spats with prominent public figures, but getting rid of their second largest foreign source of oil strikes me as a step in the wrong direction, at least for now. Trump’s often ham-fisted and racist-tinged rhetoric against all members of society, but especially Muslims, will not help him when his economic survival is in the hands of one of the most influential Muslims in the world, the Saudi King. It is clear that he can lead an unconventional presidential campaign and build hotels, but the true test of Trump’s ability is if he can lead a country and rebuild burned bridges.

Greenwald, Glenn. "Why Did The Saudi Regime And Other Gulf Tyrannies Donate Millions To The Clinton Foundation?". The Intercept. Last modified 2016. Accessed October 5, 2016. Link.

Shibley, Telhami. The stakes: America and the Middle East: the Consequences of Power and the  Choice for Peace. Boulder, Colorado: Westview Press, 2002.