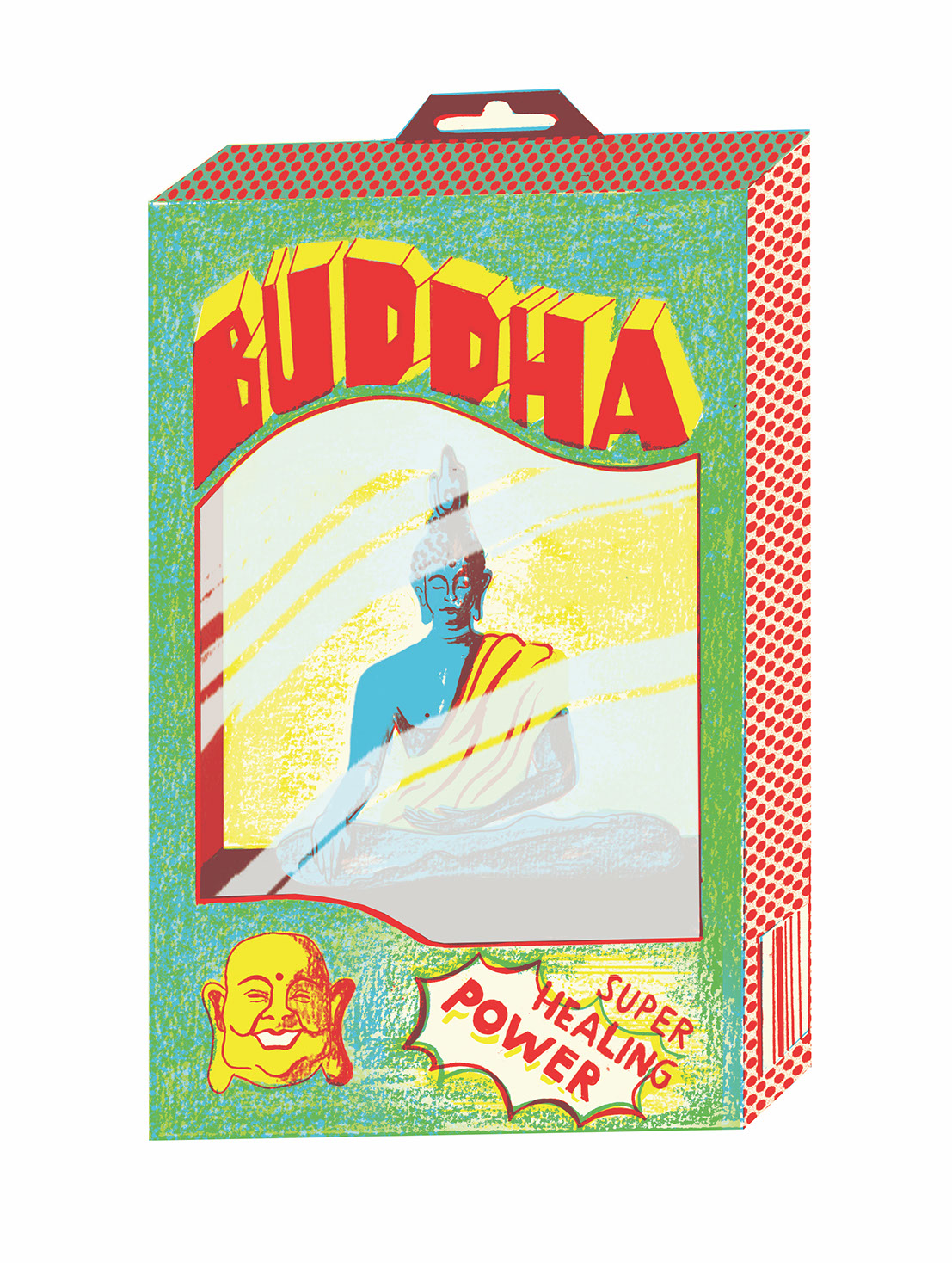 An article on the scientific construct of mindfulness should certainly attempt to start with a clear definition of the term. Perhaps, this attempt turns out to be rather challenging. Although recent years have witnessed an exponential growth in scientific and popular publications on mindfulness, a consensus definition of mindfulness is surprisingly absent.(1) Widely cited operational definitions certainly exist,(2) yet they present only a fraction of the countless definitions of mindfulness pervading contemplative literature. There is general confusion about the complex origin of the construct. Even various Buddhist traditions continue to debate and disagree on the origin of the mindfulness construct.(1) In most Buddhist traditions, mindfulness seems to represent an essential ingredient of a millennia-old phenomenological approach that aims to directly and systematically investigate subjective experience. However, when appropriated and propagated without diligence, mindfulness can manifest as yet another, ultimately non-transformative, self-help method that fosters uncritical attitudes and leaves practitioners mindfully compliant to corporate demands. McMindfulness, a term used to derogatorily refer to a stripped-down, secularized, and forcefully commercialized form of Buddhist meditation practices, has entered the ranks of commodities that corporate capitalism encourages us to make use of.(3)  Ignoring many of the complex issues surrounding the appropriation and evolution of mindfulness as Buddhism spread globally, Western psychological scientists have introduced mindfulness without sufficient care. In recent years mindfulness has been defined and operationalized for scientific research, and results from research labs have been hyped on the world media stage. Putative psychological effects were extrapolated for interventions in almost every sector of our lives. It should, however, be acknowledged that millions of mindfulness practitioners have experienced substantial benefits, such as lower stress levels, increased levels of concentration and well-being, and a raised level of sensitivity and compassion for their own suffering and that of other beings. One should wholeheartedly embrace and value these changes – while persistently shining light upon the ‘dark side’ of the recent mindfulness movement. Not doing so would be neither mindful nor appreciative of the effects that a more wholesome integration of Buddhist meditation practices into Western culture could offer.

In most Buddhist traditions, developing deliberate awareness of the continuous stream of objects that appear within consciousness and refining mindfulness towards them is purported to require a systematic practice. Importantly, a fundamental tenet of Buddhism puts kindness, tolerance, patience, and courage at the center of this contemplative ‘path’. Mindfulness, from this perspective, is an active practice in which cognitive, attitudinal, and affective dimensions are as essential as social and ethical ones.(4)

Within Western psychology, mindfulness practices belong to the most researched therapeutic approaches today. The enthusiasm for mindfulness prompted the development of a variety of self-report scales that operationalize and measure mindful awareness as a trait, state or process.(5) Over the past decade, most mindfulness research has implicitly and explicitly worked on the assumption that our definitions and operationalization of mindfulness map closely onto a unitary Buddhist construct. More recently, partially due to counterintuitive research results and null-effects, researchers and scholars have raised concerns regarding the validity of these scales. Many  scientists argue that mindfulness measures were developed on conceptually weak grounds.(4,6)  It should be kept in mind that mindfulness scales are the scientific cornerstones from which to judge the efficacy of almost every mindfulness-based intervention. The scores on these scales present the research results, predetermine the range of possible outcomes, and indirectly influence how many millions of dollars in funds are made available for mindfulness research. In turn, large businesses and major corporations cite the studies – that utilize these scales – to promote their ‘scientifically proven’ methods and products. For example, using a reputable mindfulness measure (Mindfulness  Attention  Awareness Scale,  MAAS)[Textbox 1](7)  Christopher et al. found that a sample of American college students could not be distinguished from a sample of Thai Buddhist monks with 15 years of intense meditation experience.(8) Grossman argues that some of the issues concerning the MAAS are intractable, and even though a handful of new scales have since been developed that purport to measure mindfulness (e.g. Five Facet Mindfulness Questionnaire), these scales face similar vulnerabilities and deviate substantially from the original Buddhist construct.(4) For instance, the scores on mindfulness self-report scales could be highly confounded by participants’ familiarity with the uncommon vocabulary used to teach mindfulness techniques. The more you practice to embed your subjective experience in this new linguistics framework, the more likely you may be to agree with statements presented on mindfulness questionnaires. Christopher et al. describe that ‘Western psychology mandates that constructs must be explicated and operationalized to be accurately assessed. However, most Buddhist traditions dictate that mindfulness cannot be easily extracted and analyzed in isolation from inherently interrelated concepts’.(8) Many scholars and adepts of mindfulness share this view.(e.g. 9,10) To illustrate this point, we could highlight that Buddhism attaches great importance to the role of intentions that lead one to start and maintain a meditation practice. Researchers cannot randomly allocate intention; much less assign participants to an experimental condition that would, for instance, entail participation in an intensive residential meditation retreat. Future mindfulness research would benefit from increasing conceptual rigor during operationalization of Buddhist constructs and transparent discussions of the research field’s inherent methodological challenges (e.g. randomization).

The mindfulness movement has become mainstream. It has reached schools, corporations, prisons, government agencies, as well as the military. The daily influx of media reports constantly remind us of ever-increasing ways in which mindfulness can ameliorate yet another area of daily concern. The numerous mindfulness training programs, workshops, seminars, online courses, and apps are aggressively advertising their products with the help of far-reaching, untenable claims and promises. Mindfulness has turned into an extremely lucrative industry, in wich individual agents are thirsty for the approval of mindfulness researchers, universities, and even Buddhist teachers. Ironically, they simultaneously maintain (if and when conducive to their business agenda) that their particular brand relinquished all affiliations to its Buddhist origins. At its extreme, the appropriation of mindfulness into capitalist consumer culture manifests – even if unintentionally – as distorted reflections of the Buddha’s original teaching. For example, the mindfulness industry can be quick to point out human flaws and, in case individuals believe that they are not sick, equally swiftly offer a long list of physical, cognitive, and affective ailments for customers to pick from. Unsurprisingly, most business savvy mindfulness consultants offer just the right meditation to alleviate the individual’s specific misery. Mindfulness can then function as a reminder of our own inadequacy, whereby the encouragement to permanently observing  ‘the self’ creates a psychological panopticon[Textbox 2] – the burden is shifted onto the individual. Some of these developments are nothing short of a ‘do-it-yourself medicalization of every moment’.(11) As Slavoj Žižek put it: ‘Western Buddhism is becoming the dominant ideology of global capitalism because its meditative stance is arguably the most efficient way for us to fully participate in capitalist dynamics while retaining the appearance of mental sanity’.[Textbox 3](12)

What to do with mindfulness in western culture?

The Buddhist construct of mindfulness originates from a 2500-year old, ever-adapting tradition, fundamental to which is a phenomenological approach aimed at directly understanding and experiencing the nature of the mind, the self, and the constituents that make up reality. In contrast, the modern constructs of mindfulness are defined by Western psychologists. These versions of mindfulness are informed by 10 years of research trying to quantify and measure mindfulness with scales that have mostly been developed and validated by people untrained in meditation or any kind of mindfulness practice.(4) Only one decade ago, the Buddhist construct of mindfulness seemed far away from being recognized as a legitimate topic for mainstream scientific research. Today, Western psychology’s carelessness for this novel construct may act as an impediment to appreciate and potentially bridge the differing approaches to understanding the body and mind. The habit of rushing to define and grasp mindfulness without acquiring a certain depth could very well benefit from some traditional meditation practice. The scientific method, for all its value, cannot correct a conceptual error. Rather, it might actually strengthen the conceptual misunderstandings. Fueled by the rush to make mindfulness a viable, secularized commodity for the market, it is shaped to fit the demand of the market. This shaping often surmounts to blatantly distorting the original Buddhist practice (e.g. ‘Mindfulness meditation for a better waistline’). Divorced from its ancient roots, mindfulness becomes a quick fix marketed to relieve headaches, reduce blood pressure, and help the corporate world to optimize their production while reducing their employees’ dissatisfaction.(3) The insights offered by McMindfulness are not conducive to changing the institutional structures that co-create the detrimental circumstances, which motivated individuals to seek out mindfulness practices in the first place. McMindfulness becomes a panopticon for the mind, in which the practitioners are, in neoliberal fashion, responsible for making use of their newly given freedom. The practitioner’s body becomes a commodity that has to be improved and optimized through the panacea at hand: mindfulness.

The complex and interrelated context in which Buddhist mindfulness practice is embedded, is not an individualistic private affair, oriented to please the consumer. Within Buddhism, mindfulness is believed to carry the potential to free individuals and societies from the roots of greed, ill will, and delusion. Today, mindfulness has been refashioned, and stripped from its original context, leaving it rather ill-equipped to awaken organizations, much less to inspire any major shifts that would address the essential causes of our collective anxiety and the impending global threats to our survival.(3)

Despite taking a critical, and at times confrontational, stance towards current trends of meditation, I believe these practices can also carry seeds that could blossom into a genuine force for positive personal and social transformation. An essential first step to stir the trajectory of mindfulness away from becoming a worn-out, eye-roll inducing meme, is to re-invigorate the importance of an ethical framework that – at its core – takes into account the well-being of all living beings and emphasizes the cultivation of compassion.

The panopticon was a circular construction of open single ‘cells’, built around a central inspection tower, by means of which both the inspector and the inmate were under constant surveillance. As a consequence of constant surveillance, individuals became ensnared in an impersonal power relation, which both deindividualized the power relationship itself, and individualized those subjected to it.

Many businesses involved in the marketing of mindfulness are blissfully unaware of the methodological challenges discussed in the previous section. A considerable amount of money is put into mindfulness apps, their launch, appearance, websites, and marketing. Yet, the efficacy and success of many apps is often judged by mere download numbers. Developers often fail to collect statistics on positive and negative effects of their applications. The general lack of interest for conceptual intricacies and scientific operationalization displayed by the mindfulness industry is perhaps understandable and says, one might argue, more about science communication than people consuming ‘the facts’.

4. Paul Grossman. 2011. Defining mindfulness by how poorly I think I pay attention during everyday awareness and other intractable problems for psychology’s (re) invention of mindfulness: comment on Brown et al. Psychol Assess 23, no.4:1034-1040.