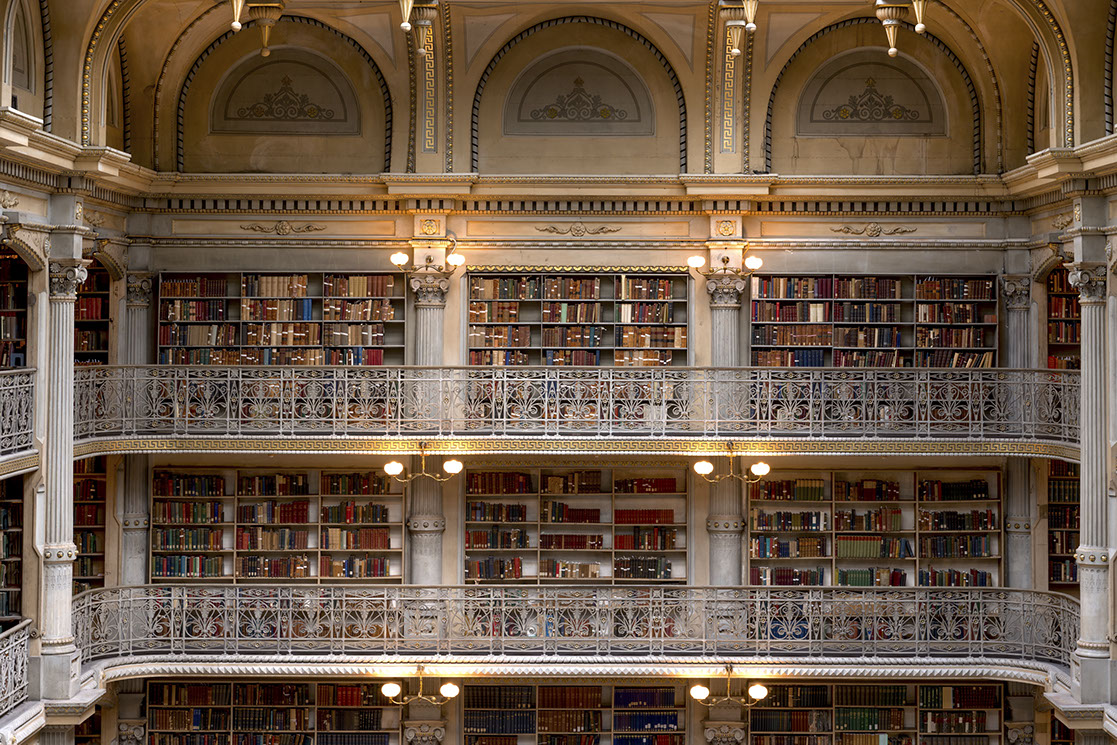 Since its publication in 1962, Thomas S. Kuhn’s The Structure of Scientific Revolutions keeps influencing scientists and lay-people. It is still regarded by many as one of the most important landmarks ever in intellectual history. According to science journalist John Horgan, Kuhn’s work is ‘the most influential treatise ever written on how science […] proceeds’ (1) and philosopher Richard Rorty called it ‘the most influential English-language philosophy book of the last half-century’.(2)  The Structure of Scientific Revolutions also figured outside academia, as the 6th book in Mark Zuckerberg’s A Year of Books (2015), an online reading club with Zuckerberg in the lead.(3)

What what makes Kuhn’s work, for students and young academics, so relevant to understanding science today, in a world that is so rapidly changing and where science communities are more and more connected and encouraged to share their findings in digital, open access environments? After a short introduction to Kuhn’s ideas on scientific change, their relevance will be discussed in this review.

What is The Structure of Scientific Revolutions about?

In The Structure of Scientific Revolutions, Thomas Kuhn brought the word ‘paradigm’ into our common language and changed our conventional way of looking at scientific change. Kuhn’s work still represents perhaps one of the most extensive studies on how scientific transformation takes place, who drives it, what it brings forth, and what it really asks of people, but what does this exactly mean? Kuhn starts his argument by explaining how the development of science works: scientists, from those of the ancient world to those of the Enlightenment, right up to the researchers of today, build upon the work of those before them in order to make scientific progress. Until here, there is nothing new. Bernard of Chartres already stated in the middle of the 12th century that ‘we are like dwarfs on the shoulders of giants, so that we can see more than they, […] because we are carried high and raised up by their giant size’.(4) What is then so revolutionary in Kuhn’s book?  Research, according to Kuhn, is ‘a strenuous and devoted attempt to force nature into the conceptual boxes supplied by professional education’.(5; 5) These conceptual boxes altogether form a paradigm: the ensemble of ‘universally recognized scientific achievements that for a time provided model problems and solutions for a community of practitioners’.(5; X) Normal science consequently consists of solving the puzzles that that paradigm proposes and exists within that paradigm. Kuhn argues that research outside of that paradigm can even be said not to be science as paradigms form the basic fundamentals of a scientific field. Tellingly, Kuhn contends that ‘[normal] science does  not aim at novelties of fact or theory and, when successful, finds none’.(5; 52) The scientific method is one of trying to find confirmation rather than falsification of one’s beliefs. In addition, a paradigm also includes the agreement of the field on what is worth a research question, and therefore a research project, and what is not. A paradigm is thus a constellation of facts, theories, methods, and assumptions about reality that allows researchers to study data, elaborate theories, and solve problems they encounter. Research thus exists in frameworks, Kuhn argues, which are only valid for a particular period of time or under specific circumstances or assumptions. Aristotle’s ‘Physica’, Newton’s ‘Principia’ and Lavoisier’s ‘Chemistry’ are thus examples of scientific classics that eventually gave rise to new paradigms with new scientific theories.

Kuhn also explains the process by which a new candidate for a paradigm can replace its predecessor: Kuhn points out that as long as a paradigm is successful at explaining observed phenomena and solving the appearing problems, it remains dominant. However, when new phenomena begin to contradict this paradigm, it increases doubts. As anomalies multiply, it is eventually thrown into crisis. At this stage, a radically new theory or insight is needed, such as Einstein’s theory of relativity in the beginning of the 20th century, a theory that can explain the apparent contradictions. In this way, we can say that long periods of ‘normal’ science are followed by brief intellectual, scientific revolutions that reorder the basic theoretical assumptions and concepts of the field.

Any new interpretation of a phenomenon, whether a discovery or a theory, emerges first in the mind of one or a few individuals. These few people first learn to see science, their field, and the world differently. Their ability to facilitate a paradigm shift is supported by circumstances that are not common to most other members of the profession: usually, the researchers that want to introduce the new paradigm are so young or so new to the field that practice has committed them less deeply than most of their contemporaries to the world view and rules determined by the old paradigm (after a number of years in a certain discipline, a scientist tends to be too emotionally and habitually rooted in the paradigm). Consequently, the established leaders of the older tradition may never accept the new view of reality proposed by the young scholars. As Kuhn wrote, ‘Copernicanism made few converts for almost a century after Copernicus death. Newton’s work was not generally accepted, particularly on the Continent, for more than half a century after the Principia appeared. Priestley never accepted the oxygen theory, nor Lord Kelvin the electromagnetic theory, and so on’.(5) New paradigms are thus never immediately accepted by the scientific community. The choice between competing paradigms ultimately comes down to personal conviction since, as Kuhn puts it, ‘the competition between paradigms is not the sort of battle that can be resolved by proofs’.(5)

How relevant is The Structure of Scientific Revolutions for your researchers today?

Kuhn develops his argument gradually and competently over the course of his book in a series of very readable chapters – bar the occasional use of terminology and the old-fashioned insistence of referring to all scientists as men. Kuhn’s work thus invites its readers to a further study of the history of science to see Kuhn’s philosophy at work in different fields. For one particular weakness of The Structure of Scientific Revolutions, as Kuhn admits,(5; IX) is that it deals almost exclusively with physical science. His definition of paradigms therefore works particularly well for these fields, but should be seen in a different light for social sciences and the humanities. As Kuhn states, it is not so much the fact that ‘practitioners of the natural sciences possess firmer or more permanent answers […] than their colleagues in social science, [but that these fields] normally fail to evoke the controversies over fundamentals’ that can be found in the social sciences.(5; VIII) This indicates that these fundamentals perhaps do not exist in the same way as in the hard sciences. The answers provided by the physical sciences can change, being dependent upon their foundational paradigms in order to operate, yet these paradigms are usually adhered to by a large portion of a particular field’s community.

However, Kuhn’s theory of scientific revolutions stays interesting, thought-provoking and is even still innovative today. In fact, one of the most fascinating aspects of The Structure of Scientific Revolutions is that this entire book can be considered a kind, but strong invitation for students and young researchers to actively play a role in the development of science in all disciplines. Kuhn makes his point even stronger by confirming that young scholars have a crucial role in bringing this science further: this specific group has the important task to detect the anomalies in older theories and to notice the deviant phenomena in their particular field of study.

Young researchers should thus critically reevaluate the concepts of the existing paradigms in their field, in order to provide eventually a new one, if this is necessary. This is not an easy nor a light responsibility, it is a strong encouragement or even an obligation for students and young scholars to be critical with regard to the work of those whom they often see as their scientific ‘heroes’: their supervisors, teachers and professors. This certainly demands a certain level of courage, especially when one considers Kuhn’s remark on the acceptance of a new paradigm: it is possible that others, who work in the same field as the young researchers, but already much longer, will never accept the proposed new theories and viewpoints.

What is also important to take into account is that the development of science is not at all a linear process. Kuhn shows that the history of science is not a rational development going towards an ever more correct and complete knowledge of an objective truth or reality. A paradigm shift is indeed a radical shift of vision, but the previous vision is not better than the new vision: it is only a different vision. Each new theory should be considered a revolutionary break from the previous theory, resulting in the arbitrary replacement of one paradigm or worldview by another. Once the paradigm has changed, the way science was done and applied is fundamentally different from the new paradigm. Consequently, this means that after the replacement of one paradigm by another, it is almost impossible to go back in time and to restore the old paradigm. For students and young researchers, this is something important to consider: all young academics often start their research project with the feeling that they will now starting to reveal the truth, or at least contribute to a better understanding of the truth. In this context, it is a pitfall for young scholars to write off too easily works of previous scholars and their theories and interpretations of a phenomenon.

As Kuhn explained with the duck-rabbit optical illusion,(6) a paradigm shift is only a shift in perspective: one perspective is not better than another. This image also perfectly demonstrates how for example humanities’ scholars still make use of Kuhn’s concept of paradigm change: scholars in this field might study the same collection of manuscripts, the same works of art, the same poems, the same cultural phenomena as dozens of scholars before them, but if they succeed in offering a completely new perspective on the same matter, they could speak of a paradigm change or a shift in thinking, on a smaller or a larger scale. Again, this shows that a reevaluation of earlier research is extremely important to take into account when starting a research project.

In short, it can be argued that The Structure of Scientific Revolutions demonstrates that research in all scientific disciplines is all about being able to change perspective and being willing to change perspective. As Kuhn himself mentioned, this role is mainly meant for those who are considerably new in the field. In other words: students and young academics should take this responsibility very seriously and constantly evaluate and reevaluate everything that happens in their specific field of research. If necessary, these young people should also have the courage to invent new theories and concepts that better fit the observed phenomena than the old paradigm. To all young scholars, ranging from the humanities to physics, and from the social sciences to the spatial sciences, Kuhn therefore says: dare to change your perspective and dare to challenge the established truths. 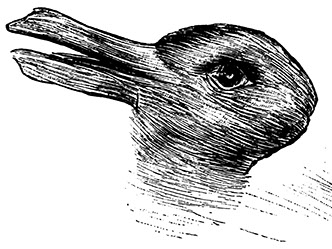